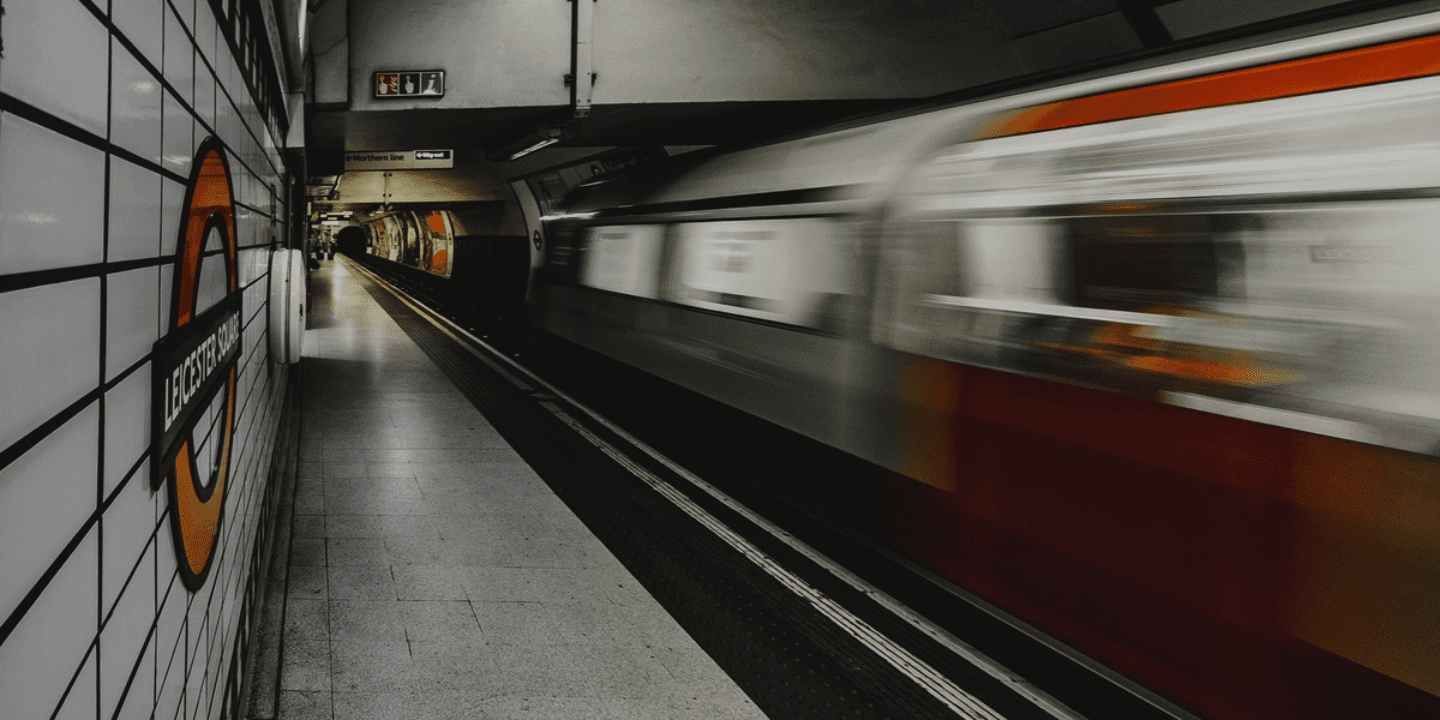 Mike: Hey, it's Mike at 6teen30 Digital. I'm joined by Alasdair McWilliam. Al, thanks for coming too, and spending the last four or five days with us. I know it's been a big time commitment for you coming out. Same as it has for all the team, but I think Al plays a big strategic role at 6teen30 Digital, he sits a lot behind the scenes, and he doesn't always get the credit for everything that he does.

So I think it's a great opportunity for the audience of 6teen30 Digital and people who follow me on Entrepreneur SuccessHub as well to get the insights of the very strategic and tactical mind of the vast, digital experience.

Inbound Strategy & What You Can Takeaway

So, Al, we've chatted off-camera earlier about what were the main takeaways you're going to take back home, how could we help our customers, regardless of what that strategy looks like. From your own personal point of view, what's your number one takeaway you could share with the audience? Maybe, what inspired you, and then maybe how they could apply it to the businesses of their own.

Alasdair: Yeah, I mean, well, first one is the bots, the messenger bots, not really played around with them much before, but they kept coming up, coming up, and I realised that Transport for London have added bots.

Where you can, at times, get the customer to come to our store with the bots. There's a lot of automation behind it, but, I mean day one they had the partner day there. The bots will have had a lot of automated stuff, what's happening, the agenda. The questions can be passed on to a live agent.

Mike: Yeah, artificial intelligence behind that is only getting stronger, isn't it?

Alasdair: Yes, and the big thing I got from other speakers around that was, you had all these apps three years ago. You'd be downloading all these apps to make the mobile experience a lot better. But app downloads have really just, gone down, I mean, you look at messenger apps. I mean you've already got your messenger app, they say Facebook's the number one, it's 4.3 billion?

Alasdair: Yeah, it's not the case at all. You think "I want to interact with this brand" or whatever, and you've got to download a new app, and can't be bothered to do that. But you jump right to Messenger, and straight away you're having a conversation.

Mike: I think Dharmesh, one of the founders of Hubspot, did a section in his KeyNote, Al, and the way he says you've got to be available when, not when you want to speak to them, a lot of people would be like nine to five and stuff, wasn't he? But, people want access, when they want to speak to you in the way that they want to speak to you. I think that's where the bots of artificial intelligence are just going to sort of go berserk. It's the next thing, isn't it?...

Alasdair: Well Matthew Barby, one of the speakers on SEO, I think he's Head of Acquisition? He's a Brit, but living in the US now, he was saying after his speech, there were a few questions, loads more questions than needed.So he says go on this link, you can connect with him on messenger, and for the next hour or so, he'll help to answer your questions.

Mike: That's awesome, that's awesome. So, it's a nice and simple link he was telling the audience, gives us his address, matthewbarby.com, forward slash, whatever it was, and then bang straight open on your messenger. You ask your thing, and then, it's just taking all the questions there, so that's awesome. So, one to look out for guys, messenger bots, live chat automation, keep an eye on that, and there's obviously some new features coming to the Hubspot app in 2018, so it's going to help you be able to do that as well. So that's point one.

Alasdair: Well, yeah, yeah, you have a point two, which was multi-channel messaging. So like, you use your email, say that's a channel, social, chat apps as well, but integrate them all into one. So you might start a conversation in email, and you're on a live chat website, or over a messenger, that's another channel.

Mike: Well, I've been saying for a while; If I could have one system that was live chat, e-mail, automation, all in one place, because we have a Facebook, we have LinkedIn, Twitter is one of our biggest followings, but we're not as active on that as we should be. But all of those messages and messages and messages, from, we use Intercom, HubSpot, we use Teamwork Messenger, we use Facebook Messenger, LinkedIn messenger, I mean, all of that coming through, as you said, to one multi-channel.

In 2018 guys there is a new product called "Hubspot Conversations". So if you are suffering from message overload, trying to keep it on Facebook, and then like Al said you've got people, "oh well I was speaking to that person on Facebook". Then someone said, "hey I'm speaking to that person on email", we can pull all that through Hubspot Conversations, and that's going to be free start as well. So that's something that we'll be getting some more information out for you on that. Multi-channel is a big thing, isn't it? It's going to save a lot of people a lot of time.

Alasdair: Yeah, and from a consumer perspective, it will kind of blow you away. You have this conversation over here, it might be two-o'clock in the morning on messenger, and then an email follows through.

Mike: Absolutely, so multi-channel messaging, number two. Number one is the bots and the AI, maybe from all the sessions, Al, or all the experiences in and out of the event, because obviously, it's not just here at the convention centre, there are about twenty odd thousand people here, it's all been in the bars on the waterfront, it's been indifferent, out of the complex sort of events, hasn't it? What else would you say has been a highlight for you from the, for those.

Alasdair: Yeah, well, so, kind of squeezing two into number three, content analytics. So content, big message around quality over quantity. I think Matt Barby was saying before the old days, just put those content out there and expect a high rank. So it's the quality, definitely. Linked in with that analytics and measuring stuff; Google Analytics is one of the lots of tools out there, but just to kind of get started, looking at analytics for example, which are the best ones that are better performing, and it wasn't just in terms of hits as well, looking at the page speed, loading times. Things like that are a lot of stuff, a lot of systems coming about. But coming back to three, with mobiles, you get a kind of Google cached version of each site, a lot faster. 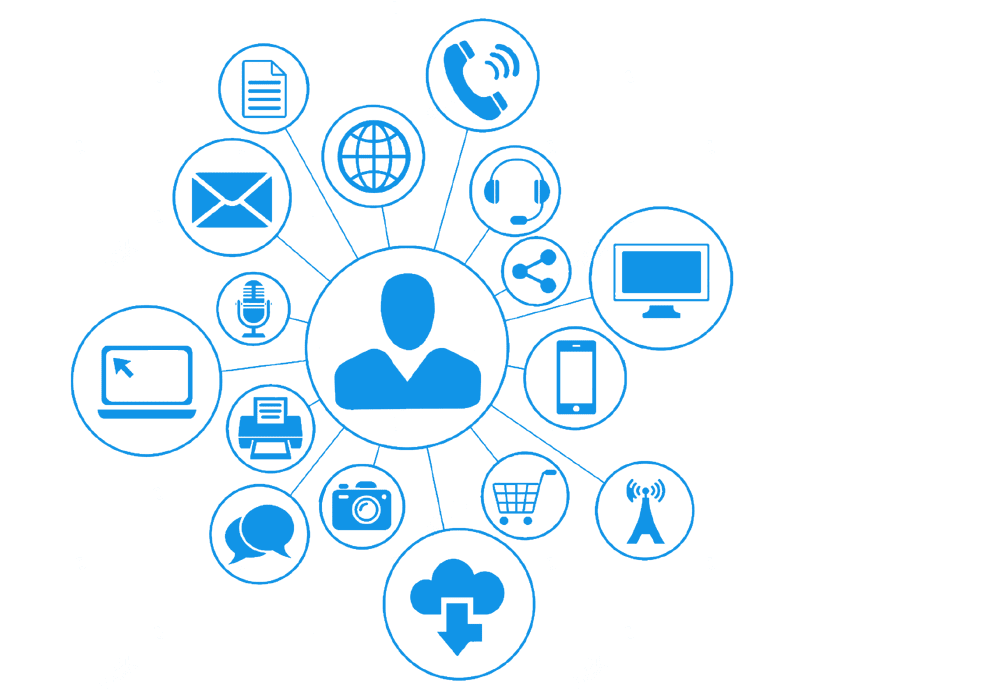 Mike: Just loads faster, it just sort of takes a copy of it, and just loads like that, speed up.

Alasdair: Yeah, the speed is going to be really important.

Mike: Yeah, I mean if you think about it from the speed, and just think about it, here's a quick tip that is slightly off Al's topic. But if you're posting social media posts out or blog posts out, and you're not compressing your images, you can go to things like compresspng.com, compressjpg.com, for jpegs, and various other files. There are loads of these free tools with so many compresses a day.

But before you post something out, compress the image down, because if you put a three or four or five megabyte images on the site, and then, if someone scrolling your blog post or your social article, for them to try and download that is burning their mobile data just to get the image down. So page speed, either on both desktop or mobile is pretty important. So, slightly off topic here, but I think ultimately, the teams coming back fully educated in the latest strategies and the features shared at the moment.

Featured snippets, and how to get those on the Google searches. So if you're searching for a particularly specific keyword, or searching tenfold to make sure that we get into feature snippets, and there are some rules around that, you've got to be manager and page runner on Google for it to qualify, but we're going to be doing a lot of work on that specific thing as a team, allow me to try to get that strategy right, and look at tests for measuring.

Then, again, we will be sharing that as free content for you as we move forward, for you guys. So, four days at Inbound we are totally wacked. Quicksort of 10, 15-second wrap-up. Would you recommend people come out of Inbound even if they're not in the Hubspot space?

Alasdair: Oh yeah, definitely, absolutely, yeah, there is so much you can get. That includes inspirational speakers, and I mean, the biggest challenge, I think, was the breakout sessions. Yeah, they were fifteen to twenty different choices to choose from. So, yeah.

Mike: So if you're serious about marketing and business, you're serious about getting ahead. Forget whether you're using an Infusionsoft active campaign. This is just a tool at the end of the day, and it's one of many tools you should have in your technology stack, or your MarTech stack, your Marketing Technology stack, it's irrelevant. These conferences will be invaluable. I know it's a cost to come out, fly out to these, the cost for the ticket, time away from your family, time away from your business, but ultimately, the sacrifice is worth it.

Our heads are absolutely full, so you ask yourself the question, if you can't come out of the states, what is the local event in the UK, maybe a London, Manchester, big expo, where you go and learn and get this knowledge. I think, I mean, from my point of view, for us to learn all of this remotely, being distracted with our jobs, our day jobs, and working with our clients, for us to learn what we've learned out here as a team, would have taken 12 months, to learn.

Whilst we're not specialists in every subject, and the latest tech, we've got the threads and the start of it, Al, haven't we? So we can go away and start to research and things like that.

Also, the knowledge of the references, and networking as well. So, Al, thanks again buddy, really enjoyed the last four days with you here, it's been an awesome time.